The Coin of the Year: Moon Landing 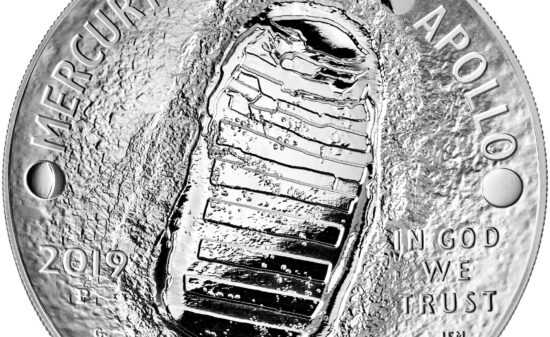 This is the Coin of the Year 2021: “50th Anniversary of the Moon Landing” which is also winner in the categories “Best Contemporary Event Coin” and “Best Silver Coin”.

In 2021, the 38th annual awards programme of the Coty of the Year Award honours 2019-dated coins. From all submitted coins, the COTY Nominating Committee has chosen a pool of 100 coins, 10 coins for each of the 10 categories. On 5 February the international panel of judges announced the winners in the ten categories. Outstanding was the US commemorative coin “50th Anniversary of the Moon Landing” placed first in two categories: “Best Contemporary Event Coin” and “Best Silver Coin”. On 1 March 2021, in the final round this coin was chosen as Coin of the Year. The issue combines the latest concave-convex technology with a touching subject, an event that many of today’s coin collectors witnessed and still remember even after decades.

Later on a virtual awards ceremony will be held according to World Coins News, the presentator of the COTY Award. 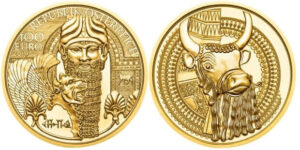 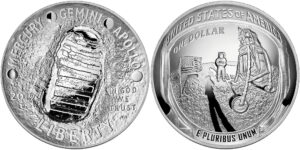 Germany, 2 Euro, Bi-Metallic: “30th Anniversary of the Fall of the Berlin Wall” 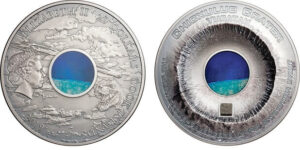 To read the commentary from Tom Michael, the COTY coordinator, World Coin News contributor and market analyst go to the Numismatic News website.

Do you remember which coin was Coin of the Year in 2020? Read the article on last year’s winner.

And read this article to learn more about the subject of landing on the moon in numismatics.