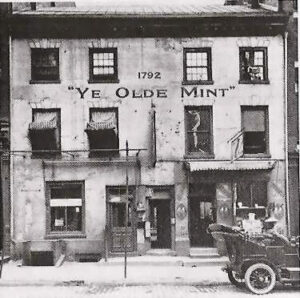 The building of the original mint does not exist anymore.

The First Mint of the United States

The history of the Philadelphia Mint is closely connected to the founding of the USA. Article 1, section 8 of the Constitution of the United States of America declares: “The Congress shall have the power … to coin money.” To make this theoretical right a reality, Congress commissioned Alexander Hamilton, Secretary of the Treasury, on 15 April 1790 to propose a plan for a mint. Two years later, on 2 April 1792, President Washington himself authorised the construction of the mint in Philadelphia, then the capital of the still very young United States. This made the Philadelphia Mint the first federal building to be constructed according to the Constitution and for public use. 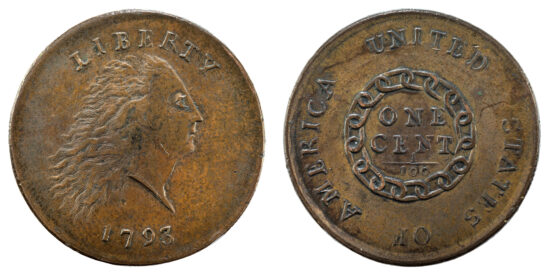 A rather frightened Lady Liberty and a chain, of all things, – Chain Cents were unpopular and their production was soon abandoned. However, since the Chain Cent was one of the first coins of the USA, it is of great value: in 2015 a specimen was sold for 2.35 million dollars at Heritage Auctions!

As early as in 1792, the first coins were minted there. They were silver half dimes (at that time spelled “dismes”, but soon called “dimes” due to a lack of knowledge of French in the USA). According to a widespread legend, they were minted from melted silverware, which the Washington family itself is said to have donated for this purpose. However, it is questionable whether these coins were ever intended for circulation. That’s why the Chain Cent made of copper is considered the first “real” circulation coin. It was only minted in the spring of 1793. I think there’s no need to say that both coin types are among the most expensive and popular US coins today.

Even when Washington was established as the new capital, Philadelphia remained the location of the extremely effective mint. Although the administration of the mints is located in DC today, coins are still not produced there. 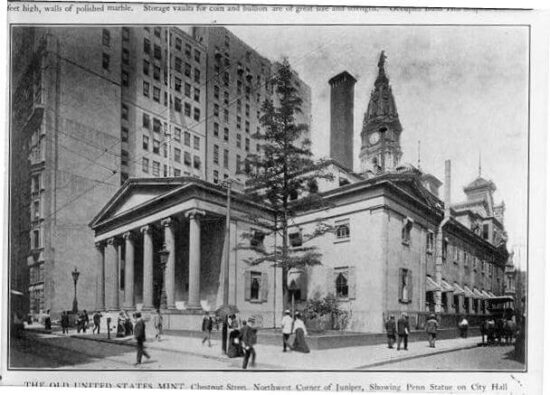 When the original site became too small, the mint moved in 1833. 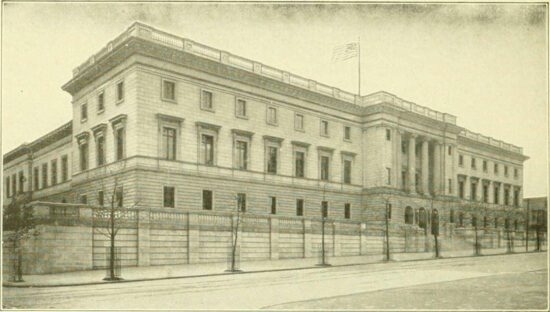 In 1901, the Philadelphia Mint was again in need of a larger building.

In the first half of the 19th century, the capacity of the mint was no longer high enough to supply the growing USA with coins. That’s why a larger building was erected in 1833 and the first other mints of the country were set up almost at the same time. While these mints appeared and disappeared again depending on deposits and the political situation, Philadelphia continued to be the most important mint. In 1901 a larger production site was needed, and when even the new location became too small, the mint moved to a new building in 1969, where it can still be found today. 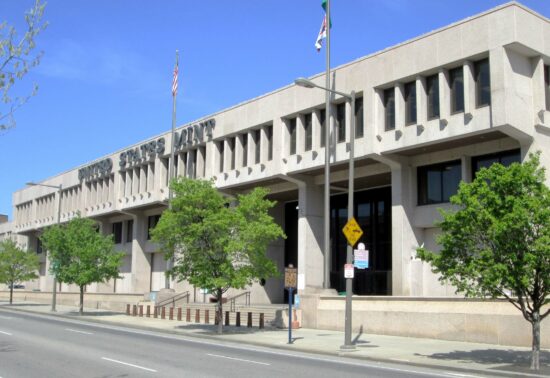 The current, fourth building is only two blocks away from the original site of the mint. The huge complex meets modern security requirements, which is why it’s not exactly a beauty with its small windows. On a site of more than 20,000 square meters with about 46,000 square meters of usable space, 426 employees work, making it the largest mint of the world. 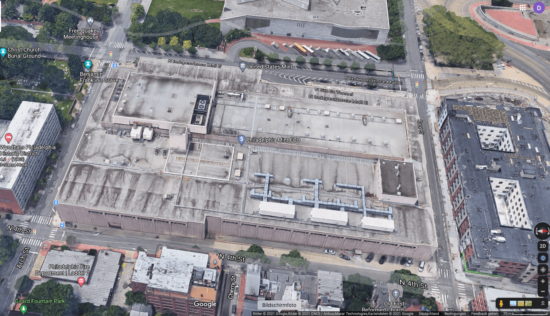 No, the huge block in the centre of Philadelphia isn’t a beauty. But being so close to Benjamin Franklin’s grave is something quite special. Image: Google Maps.

Coins from Philadelphia can be identified by the mint mark P. However, the mint mark has only been applied systematically since 1980. Before that, all other mints had mint marks but the Philadelphia Mint didn’t. The explanation for this is quite simple: mint marks were originally intended to make it possible to identify in which mint a coin was produced in order to track production errors and deviations. Since Philadelphia had initially been the only mint of the Unites States, there was no need for such a distinguishing feature at first.

In another aspect, the Philadelphia Mint has a special role among US mints: all drafts and models for US coins are still produced in Philadelphia. All engravers and graphic designers work there, not in the central administration in Washington.

Sold for $7,370,000 in 2002: The legendary 1933 Gold Eagle from the estate of the Egyptian King Farouk was the world’s most valuable coin for a long time. It was minted in Philadelphia. In June 2021, the coin could regain the record: it will be auctioned again, this time by Sotheby’s. Photo: Sotheby’s / SquareMoose.

A Wide Range of Products and Many Highlights

In the history of the United States, a large part of US coins was minted in Philadelphia, including of course most of the great highlights.

The most prominent example is certainly the 1933 Saint-Gaudens double eagle, which was considered the most valuable coin of the world for a long time. The gold coin, minted between 1907 and 1933 using a design by the famous sculptor Augustus Saint-Gaudens was produced in various mints of the USA – and is considered the most beautiful gold coin of the United States. However, the now extremely rare coins from 1933 were only minted in Philadelphia, and were supposed to be melted down completely. Same is true for the also very valuable high relief patterns and first issues of 1907.

Today’s most expensive coin in the world, the 1794 Flowing Hair Dollar, was of course also minted in Philly. It was sold in 2013 for more than 10 million US dollars. Traditionally, the highest honour of the United States, the Congressional Gold Medal which was first awarded to George Washington, is also produced in the Philadelphia Mint. This impressive list could be continued endlessly.

The silver quarter commemorating the Tuskegee Airmen will be the last issue of the America the Beautiful quarter series. Photo: US Mint.

A beautiful motif and an important occasion: in 2020 the US Mint commemorated 100 years since women’s suffrage in the USA. Photo: US Mint.

To this day, circulation and commemorative coins as well as medals are produced in Philadelphia. Only regarding the production of bullion coins Philadelphia isn’t the most important mint – West Point plays the key role in that business.

Most contemporary coins are minted at several production sites, but some, mainly silver commemorative coins are only produced in Philadelphia. In 2021, for example, the last coin of the popular series of 56 America the Beautiful quarter dollars will be issued. With that coin, the state of Alabama commemorates the African-American Tuskegee Airmen, who fought as pilots in the Second World War. The extremely popular, larger collector’s silver versions of the quarters are exclusively minted in Philadelphia and will be available for this last coin of the series in April. The silver dollar issued in 2020 commemorating 100 years of women’s suffrage in the USA was also only minted in Philadelphia. And when the first US colour coins were minted in 2020, one of the versions was obviously produced in Philadelphia. 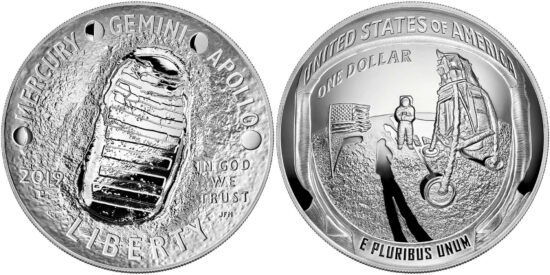 The quality of the coins and motifs does not go unnoticed: in this year’s competition for the Coin of the Year Award, a 2019 coin minted in Philadelphia commemorating the 50th anniversary of the moon landing won first place and became the Coin of the Year (we covered the event). It also won the titles of “Best Contemporary Event Coin” and “Best Silver Coin”. We are excited to see what the long-established mint will come up with next!